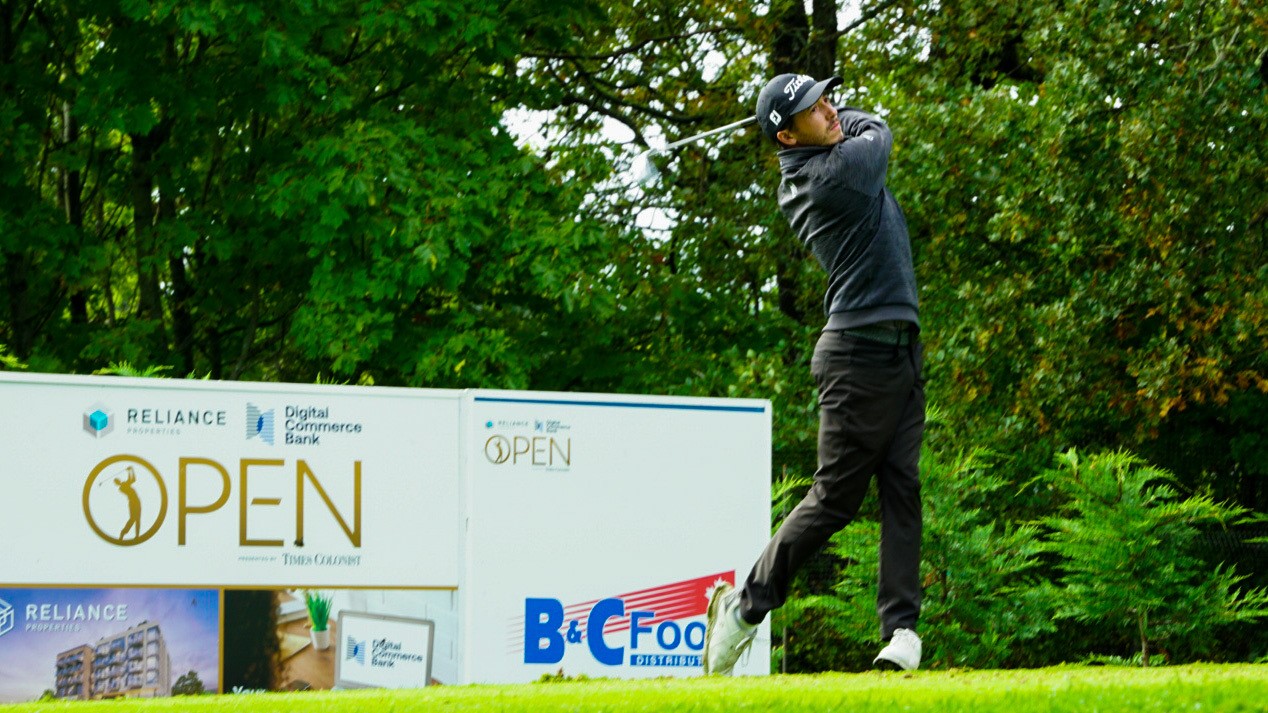 VICTORIA, British Columbia—Marc Casullo shot a 5-under round of 65 Thursday to take the clubhouse lead at the weather-delayed Reliance Properties DCBank Open. The Aurora, Ontario, native holds a two-shot lead over Travis Fredborg and Eric Banks with half the field still looking to complete the first round after heavy rain delayed play for four hours.

“Pretty much everything,” said Casullo on the parts of his game that were working at Uplands Golf Club. “I hit my driver pretty straight, and that’s the key out here. I made some timely putts and next thing you know you get a few birdies here and there.”

Fredborg, of Selkirk, Manitoba, also got as low as 5-under through 16 holes before finishing with back-to-back bogeys. His round was highlighted by five birdies and an eagle.

“I played super steady,” said Fredborg. “I didn’t really make many mistakes. I drove the ball in play, hit a lot of greens and made the putts I needed to. I left a few out there, obviously, and it was a tough finish, but I like where my game’s at, and I’m ready to keep it going.”

Bedford, Nova Scotia’s Banks also shot a 67, with four birdies and, like Casullo and Fredborg, was feeling confident with the longest club in his bag.

“I got off the tee really well today,” said Banks. “I hit a good driver early in the round, it got my confidence up and I just kept going to it all day. I hit some nice wedge shots and was able to convert the birdies.”

Four golfers are in the clubhouse at 1-under, tied for fourth place, including amateur Noah Steele who sits in second place on the Points List.

“I take pride in my wedge game and short irons—hitting it close and not making errors from there.” –Marc Casullo

“I was halfway out the door and saw the delay. I said I’ll just stretch and get myself ready, and I fell asleep a couple times. I woke up and was like “Well, I guess I’ll go play some golf.” –Marc Casullo on the four-hour rain delay

“It’s wet, but the greens crew has done a fantastic job to get us out there. The course was fantastic. For the amount of rain they got, and the weather they’re having, it’s phenomenal.” –Travis Fredborg on the conditions of Uplands Golf Club

“It’s definitely an advantage to get the first round in and go out there and post a number like that. I just have to keep it going.” –Travis Fredborg on being able to complete his first round Thursday

“A little bit of experience has taught me that it’s better to be fully rested and ready rather than overtired and overworked.” –Eric Banks on only playing one practice round this week

Coo and cloudy with rain. Rain delayed play at the beginning of the day for four hours. High of 15. Wind SE at 27 kph. Gusts in the afternoon reached 37 kph.